[The following is the another of many older articles that will appear on my website. This is article was first published in Midwest Outdoors in July of 2012. Please share what you learn from these aricles with your whitetail hunting friends.] 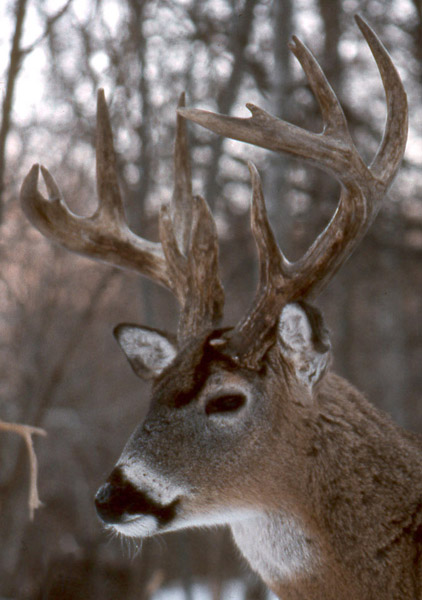 A Big, Smart Old Buck!
(He didn't get this way by accident.)

Over the past 17 years, my wife Jene and I have spent three months each winter photographing and studying whitetails (and other wildlife) in Texas, New Mexico and Arizona. Upon returning home each spring, I'm typically anxious to write about something new (usually hunting related) learned from these deer.  Always amazing is their memory. Soon after setting up camp each year, many previously known deer show up, showing no fear (re-identified via recorded colors and markings on muzzles, ears tails and legs which are unique to each deer). Because they raise their tails and bound away when approached by other humans—even humans merely passing in motor vehicles—it is obvious they actually remember Jene and I. Many deer that visit our camps today are offspring of does known many years ago, no longer alive. Interestingly, when age two or older, most of these younger deer are very much like their mothers, even holding similar positions in the local pecking order of whitetails.

The ability of whitetails to remember individual humans from year to year plays an enormous role in hunting success. Where you yourself have hunted whitetails two or more years, you've doubtlessly noticed lone, inexperienced fawns and yearlings not uncommonly make the mistake of approaching or passing too near you, seemingly unaware they are in great danger. Most other whitetails, two years of age or older, rarely make that mistake. The reason is, those older deer remember you hunting season, after hunting season.

During one or more previous hunting seasons, they've had opportunities to see you hunting (sneaking, often pausing to peer about, or waiting in ambush). They saw what you looked like, including the way you walked. They heard the many sounds you make (unique to you) and smelled the more than 100 different odors that identify you personally, whether those odors are airborne or deposited about the trails and stand sites you used. Those deer even remember how you hunt and where. 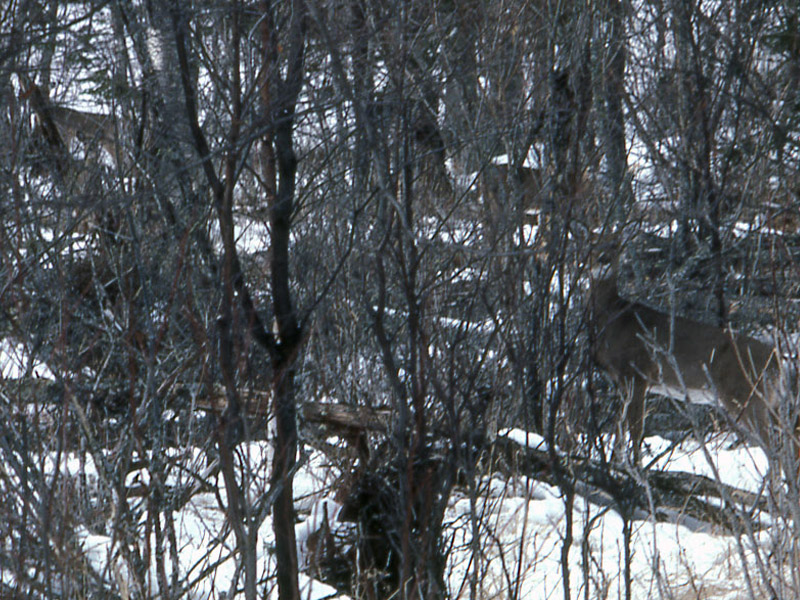 They remember the trails and stand sites where you were previously identified. From the moment they get their first whiff of you, or see or hear you during the first hours of a hunting season, they thus either begin avoiding trails and places where you were previously identified or they thereafter approach them with utmost caution, halting to watch those trails or sites from a safe distance and listen for telltale sounds. They circle downwind in search of your familiar airborne odors (human odors spread vertically, as well as horizontally downwind and reach the ground 25-50 yards downwind, no matter how high your tree stand is above the ground).

Upon discovering you are again in their midst, most older bucks and many older does (leading fawns and yearlings) begin heading from feeding to hidden bedding areas earlier in the morning and do not become active again until sunset, rarely using any trails twice in a row. Older bucks, especially, begin traveling off-trail more than 50 percent of the time.

Upon unexpectedly finding themselves dangerously near a hunting human—perhaps even shot at—older bucks typically flee off-range, remaining off-range and/or becoming completely nocturnal (moving during nighttime hours only) until the hunting season is over (until gunshots have no longer been heard for several days). Little wonder many hunters insist there are a lot fewer deer than estimated by state game managers and/or something must be done to improve numbers of mature bucks.

Being hunted each fall, it is difficult to observe and photograph wild whitetails not reacting as if fearful of one or more nearby humans. For this reason, Jene and I especially enjoy vacationing where whitetails are not hunted, namely state and federal refuges and parklands. One of our very favorite campsites is located in a 7,000-acre refuge seldom visited by any other humans. Here we are able to closely observe normal habits and relationships of all classes of whitetails.

Last February, we observed some whitetail behavior that was truly astonishing. Upon awaking one morning, we discovered three does feeding on spilled seeds beneath our bird feeder, placed outside our travel trailer where we could enjoy watching many species of wintering birds close up while eating breakfast. Knowing whitetails are especially fond of apples, I got up early the next morning to spread cut up portions of apples on the ground beneath the feeder. The three deer showed up shortly thereafter and clearly enjoyed these newfound treats.

The following morning, they arrived before I had a chance to get out of bed. As could be expected, when I eased out the door with apples in hand, they bounded away. They halted in cover about 100 yards away to watch me cut up those apples and toss them on the ground in the usual place. About 15 minutes later they were again enjoying their treats.

Several mornings later, they again arrived before I arose from bed. This time, however, they nervously backed off about 25 feet and waited while I approached the feeder. As I cut apples, I tossed chunks toward the deer, most landing at their feet.

The following morning, Jene joined me and did the tossing. Some of her apple chunks landed as near as five feet from her, and each time the three deer cautiously moved near to reach for them. She then placed a chunk on the palm of her outstretched hand and tried to coax them nearer. All three backed off and began making curious head movements, repeatedly raising their heads high, noses pointed straight up, and then lowering their noses to the ground, finally raising their heads to stare a few moments at Jene.

"What in the world are they doing?" she asked.

"I think," I finally answered, "they want you to make that piece of apple go up into the air and then drop to the ground at their feet."

"You're right," Jene said. "Just like pet dogs and cats, they have figured out how to make a human do just what they want. That's amazing. They're sure smart.

"Here you go, deer," she then murmured, tossing her apple chunk.

Yes, mature whitetails are plenty smart and have excellent memories. This is why your success at hunting them is determined by how much effort you put into learning their habits and behavior and better ways of getting close to them.