[The following is the another of many older articles that will appear on my website. This is article was first published in Midwest Outdoors in December of 2008. Please share what you learn from these articles with your whitetail hunting friends.] 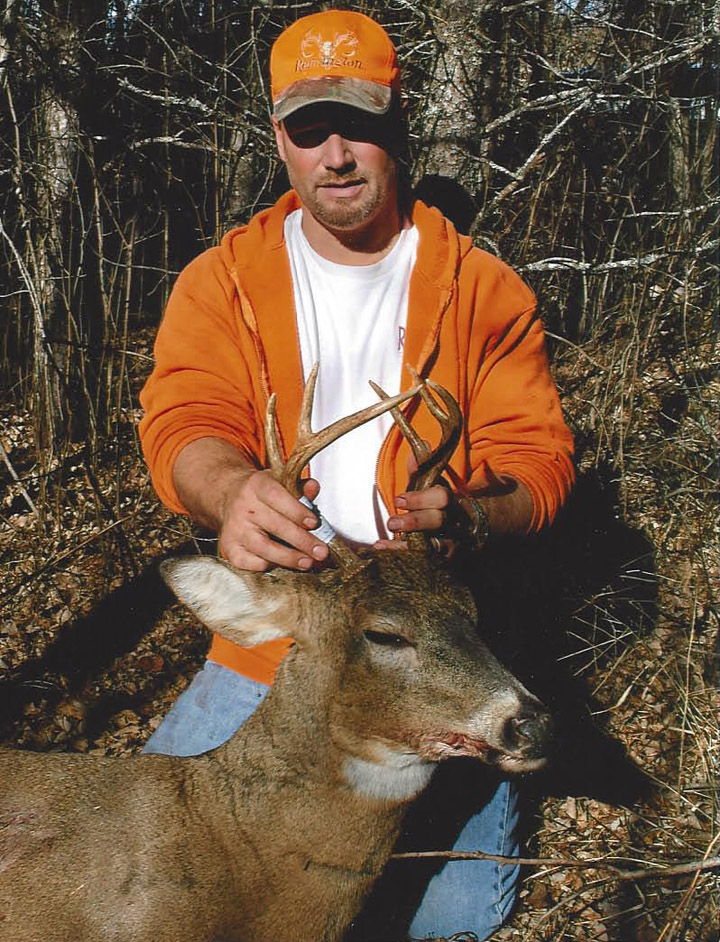 One of my favorite sayings is, “The best parts of deer hunting are thinking about it beforehand and talking about it afterwards. The part in between is mostly hard work.” Well here I am, scratching my head wondering what I should write about. You see, at this point in time (an annual enigma) my mind is overwhelmed with thoughts of heading north (in about a week) to set up deer camp, but by the time you read this, Minnesota's 2008 firearm season will be long over. Thus, though I am currently having trouble sleeping because of the “beforehand” part, it wouldn't be fitting to write about that part long after you and I are only interested in the “afterwards” part. One of the thoughts that keeps swirling in my head is the fact that two of my grandchildren will be first-timers in deer camp this year (I took one, a granddaughter, to the shooting range yesterday). Both are thrilled to death and are now likely sleeping far less than I am.

This is probably the reason the “afterwards” part of my very first deer hunt comes to mind.

We were well into our second drive of opening morning during that long-age hunt (63 years ago) [This was about 1944/45, Doc was about 10/11] — the gang including my father, two uncles, three similarly-aged cousins and I (11 in all) — when I spotted a red-clad figure ahead. The hunter, on stand, was my uncle, Jack. As I stepped near, a sudden crashing of brush on our left drew our attention. Then, only about 30 yards away, a big doe appeared in full flight, tail up.

After it disappeared into the spruce bog behind us, Jack turned to me and asked, “Why didn't you shoot?”

“I don't know,” I answered. “All I could think about was it was beautiful.”

Later, after the gang gathered together again, I heard Jack say, “He just stood there, frozen. Worst case of buck fever I ever saw.”

The snickers and grins that followed were unbearable, especially those of my cousins, and the words, “buck fever,” seem to creep into every conversation throughout the rest of that day; malicious grins often giving way to an uproar of laughter. It was the very worst day in the life of that tender young lad, but he somehow endured it, holding back tears, quietly grinning in response.

Our first drive the following morning began shortly after first light, three miles west of my uncle Jack's farm. I, of course, was demoted to being a driver only, a person with much reduced odds of taking a deer. It would be foolish to waste shooting opportunities at deer on me. Our standers, including my father, lined up along an ancient logging trail a mile south. About 45 minutes into the drive, I clearly heard my father speaking to someone ahead. As I eventually discovered, my dad's voice had the unusual quality of being easily heard great distances in the woods. Four deer — and adult doe, a yearling doe, one fawn and an eight-point buck — also heard Dad speak. Thus realizing human hunters were less than 100 yards south of them (downwind), more rapidly approaching from their rear (upwind), the moved swiftly east, searching for a way to escape this perilous situation.

The halted in a small clearing 50 yards north of a young lad with an enormous lump in his throat and a brand new, fully loaded, Model 94 Winchester carbine in his hands. Upon remembering to cock his gun silently, as he had bee taught, he raised it to his shoulder, struggling to quell the quivering in his arms and knees. Determined to avoid repeating the ghastly mistake of the previous morning, he finally pulled the trigger, hoping to hit a deer. Wondrously, one fell.

The three others, apparently convinced the shot originated from the south where the human voice was heard, whirled and began bounding north, directly toward the young hunter. His next two shots kicked up splashes of snow well beneath deer at the zenith of their great bounds, but undaunted, the boy continued to lever in new rounds and fire.

Then a second deer fell.

A third, the fawn, now in the lead was only 10 yards from the boy when he fired again. Mortally hit, the deer hit the ground and slid into the boys shins, knocking him to his back in the snow.

Quickly jumping up, the boy took aim at the fourth deer, the big buck, as it bounded past only 10 feet away. This time, however, the only sound that came from his carbine was a metallic click. His magazine was empty.

“Who shot?” someone hollered.

A few minutes later someone else hollered, “Where are you?”

“I'm trailing a big buck!” I yelled back.

“Come back,” he responded. “You can't catch that deer!”

As I approached the circle of hunters surrounding the fallen fawn, my emotions finally under control, I saw my uncle Jack pointing at the snow-covered ground.

“Look here,” he said. “He was lying on his back with his feet under this deer and his empty cartridges are scattered all around this spot only. Obviously, he had been shooting in self defense.”

Everyone had a good laugh, but after that they all shook my hand and congratulated me. I was now a tried and respected member of the gang, being treated like a grown-up (a rite of passage). The best part was, never again did anyone ever even hint I was a hunter likely to suffer the shame of being stricken by buck fever.

[Dr. Nordberg is the author of nine deer hunting instruction books, Whitetail Hunter's Almanac, 1st through 9th Edition (1st, 2nd, 6th and 7th Editions are currently out-of-print). Based upon three decades of unique, scientific, hunting related research with wild deer over much of North America, some wolf-inspired, these books provide everything you need to know to become regularly successful at hunting with gun or bow one of the most elusive of the world's big game, adult white-tailed bucks. They greatly improve success when hunting other deer as well. For information on how to get your own copies of Dr. Ken Nordberg's products, see the information below.]